Read all about our dedicated and experienced operational board members here. 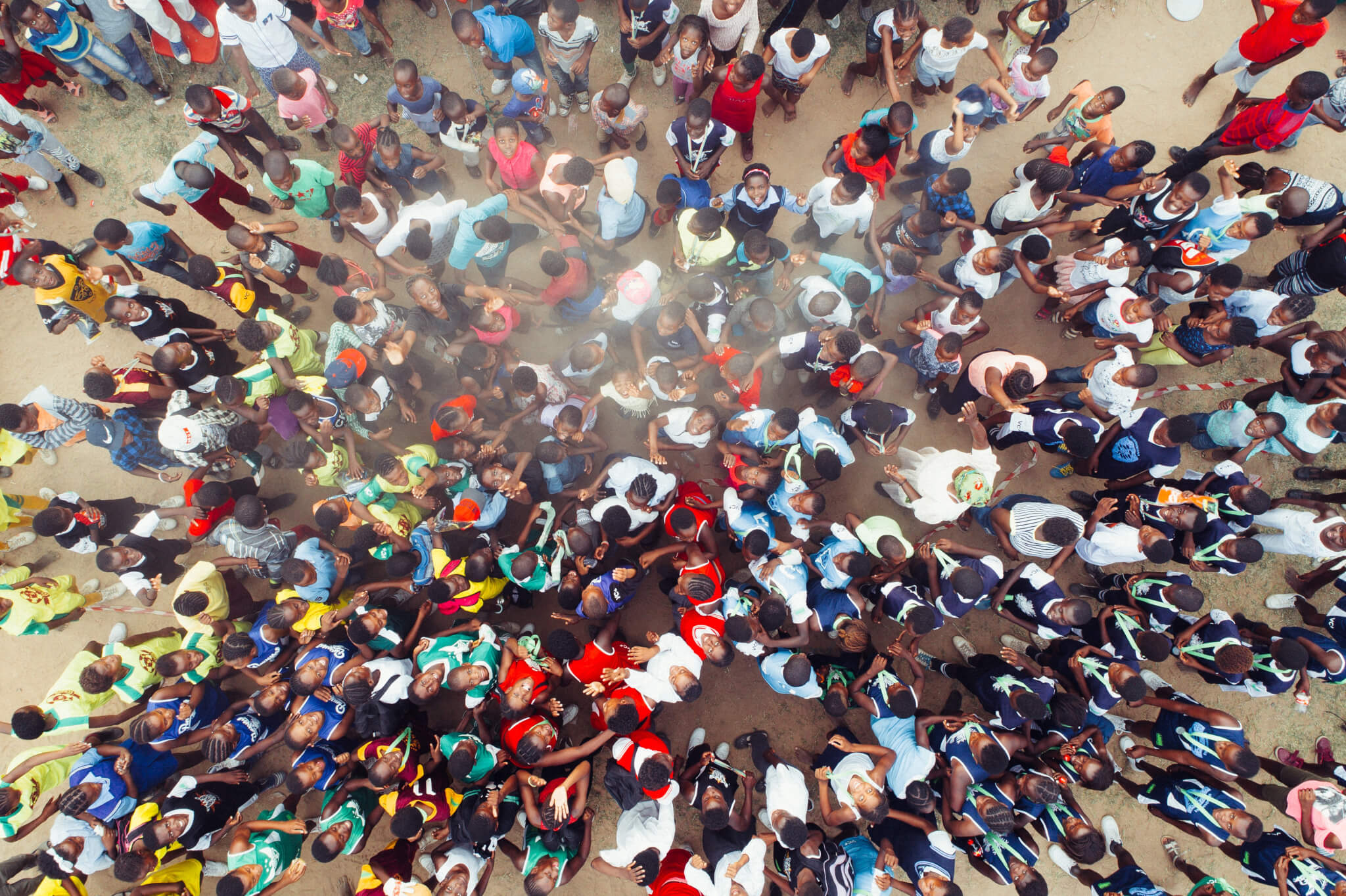 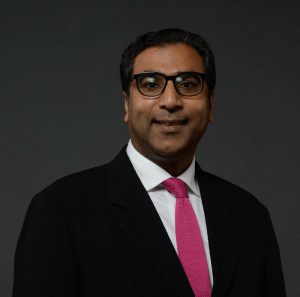 Dr. Zimar Sivardeen is an eyecare specialist with a strong clinical and research background who has devoted 25 years to optometry.

On completion of the MBA and Doctorate, Zimar accepted the position of Honorary Research Fellow at Aston University, developing novel ideas on multifocal contact lenses and dry eyes. He has further diversified his research to include branding and international marketing. He has authored peer-reviewed articles published in international industry leading journals. He has been awarded the Fellowships by the British Contact Lens Association, the College of Optometrists and the European Academy of Optometry and Optics.

As a director of Specsavers Opticians and Chairman of the Local Optical Committee in Kingston, Richmond and Twickenham, he has been instrumental in bringing the multi-disciplines of the healthcare profession together in the local community.

Elected President of the British Sri Lankan Association (BRISLA) since its foundation, Zimar has enhanced and strengthened trade and diplomatic links between the two countries. Through his leadership he has facilitated charitable initiatives making enormous impact on the lives of the British, British Sri Lankans and Sri Lankan citizens at large. As the founder and organiser of the BRISLA Awards 2015 to 2018, he has raised awareness in the general public of the importance and benefits of social integration, creating platforms for dialogue and cooperation between communities.

Inspired by the recent Commonwealth Heads of Government Meeting 2018, Zimar founded Commonwealth Future, an independent coordinating organisation. Commonwealth Future promotes standards of excellence across the Commonwealth, seeking to empower and transform the lives of its citizens through education, healthcare, business enterprise, trade and community engagement. As Chairman and President, his key areas of focus will be promoting unity with diversity, mental health and sustainable development throughout the Commonwealth. 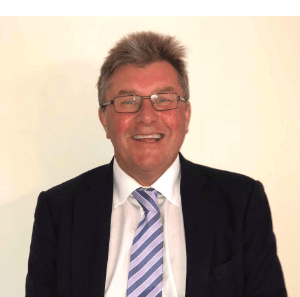 Mr Gareth Griffiths DipPFS Cert CII (MP & ER) is a Financial Adviser with nearly 30 years’ experience in the financial services industry. His main areas of expertise are retirement planning, aspects of exit strategy and protection, on both a corporate and individual basis. He also advises on mortgages, inheritance tax planning and investment planning.

Previously a head chef, he has always believed that the client comes first, and as Principal of GH Financial Solutions he strives to give a service that aids his clients for the short, medium and long term. He helps those he works with to set goals to help gain the wealth they want for retirement, and beyond. His job is his passion and he loves to engage with his clients, building true and trusted relationships.

Gareth is married with 4 daughters and enjoys most sports, but his main passions are golf and rugby. He is also a supporter of AFC Bournemouth, his season ticket taking him through the good times and the hard!

He also sponsors many of his clients’ charities, and donates regularly to the St. James’s Place Charitable Foundation.

Your home may be repossessed if you do not keep up repayments on your mortgage.

GH Financial Solutions represents only St. James’s Place Wealth Management plc (which is authorised and regulated by the Financial Conduct Authority) for the purpose of advising solely on the group’s wealth management products and services, more details of which are set out on the group’s website at www.sjp.co.uk/products. 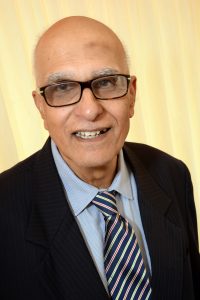 Kirit Vaidya is Fulltime MBA Programme Director at Aston Business School and researcher and an independent consultant. He is deeply committed to the role of practically oriented business education as a means of transforming businesses and their contribution to economic and social development. His research and consultancy are in the areas of: (a) rural labour markets and employment oriented programmes with a focus on improving the livelihoods of the rural poor, and (b) emerging economy industrialisation and business strategies. He has participated in project and programme design of transport sector and employment generation programmes and advised in some 25 countries for international and national development and aid organisations (including ILO, ADB, CARE, DANIDA, DFID, EU, SIDA, NORAD, UNDP, UNIDO and the World Bank). 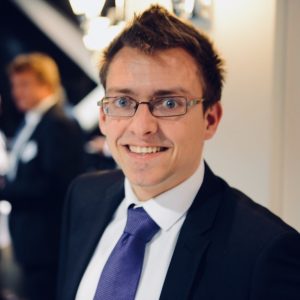 Michael McKay is an Executive Committee Member of Commonwealth Future where he brings expertise within strategic development, international business, young people and employability

Michael is a strategic developer, advisor and consultant to a wide range of organisations where he partners with senior executives at community groups, start-ups and international businesses. Most recently, his background includes leading global strategic development at QS, the world leading higher education specialist, as an Observer to the Global Board of Directors. Prior to this he worked in major corporations and within management consultancy.

His community involvement includes acting on an advisory committee for a high impact youth charity and as a Global Committee Member at the Houses of Parliament and City of the London. He is a frequent global traveller and has represented multiple organisations at an international level.

Michael holds an MBA with Distinction under a full scholarship from Aston Business School with further business education from Harvard and Copenhagen Business School. He was awarded a Fellowship of the Royal Society of Arts and is a 150 Fellow of the Royal Commonwealth Society. 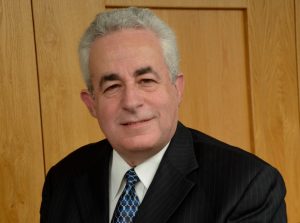 Graham obtained a degree in Geology from the University of Aston in Birmingham in 1978 and has since spent 40 years working in the international oil industry.  Following several years of managing small geological laboratories in the UK and West Africa Graham founded his own oilfield services company in 1987. At this time he gained an ACCA qualification in Accounting and Finance. He raised venture capital to undertake several acquisitions and to rapidly grow his business over the subsequent years. Graham sold the business in 1994 and was retained as Managing Director. Today he is Chairman of Corex, now owned by Premier Oilfield Services Group with oilfield laboratories throughout the world.

Graham completed an MBA at Henley Business School in 2011; his research thesis was in Corporate Governance linked to investor relations. Following his MBA, Graham completed the IOD Certificate in Company Direction followed by the IOD Diploma in Company Direction. He is now working towards Chartered Director status through the IOD. Graham has a strong interest in Board Evaluation and has lectured in Corporate Governance and “Building a Better Board” at the Institute of Directors, Henley Business School and Aston University Business School.

Graham is a Fellow of the Institute of Directors. 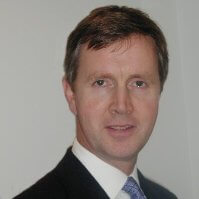 A career at the intersection of frontline business and technology- an ability to remove technological complexity so that the end customer understands the business benefits of ever-faster pace of change in technological and regulatory fields. Following an education at Eton College and Cranfield Business School, John worked for Barclays Bank for 22 years before being made the Managing Director of Project Roosevelt New York NY, Global Trust Organization, Identrus. As the Managing Director and Global Ambassador, IdenTrust Inc, London, John was at the frontline of relationship management and business development. The job title enabled easy movements between banks, governmental bodies, regulatory agencies, corporations and SME’s. The emphasis not on conventional hard “selling” - instead using dialogue, developing trusted relations so that the “customer“ makes the decision instead of being coerced by a vendor. John focuses and emphasises the importance of best-in-class brand management. John is a Board Member of Sequrest. Active in Digital Identity think tanks including CPS, TechUK, FinServices Club and Centre for Study of Financial Innovation. In addition to spending time with his wife and three children he is also a Board director of other non-FS/Fintech related enterprises including the reborn iconic brands of Bullards Spirits & Bullards Beers.
Mr. Rudi Page FRSA-International Ambassador 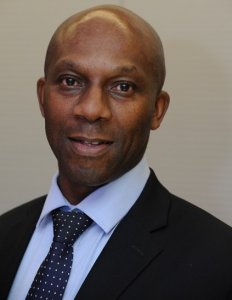 Rudi Page, FRSA is an executive member & international ambassador for Commonwealth Future. He is a multi-award winning management consultant (mentor & coach) and skilled facilitator with a proven track record of achievement within the NHS and Royal Colleges, senior public appointments, workforce development & Inclusion, local systems and patient & public engagement. He developed the widely-acclaimed Diaspora Delivery System and is the co-founder of Caribbean Diaspora Health System +.

Rudi continues to carry out his life's mandate to effect change by promoting inclusive, peaceful, caring and enterprising neighbourhoods.

Want to read about our work? Look at our mission statement.