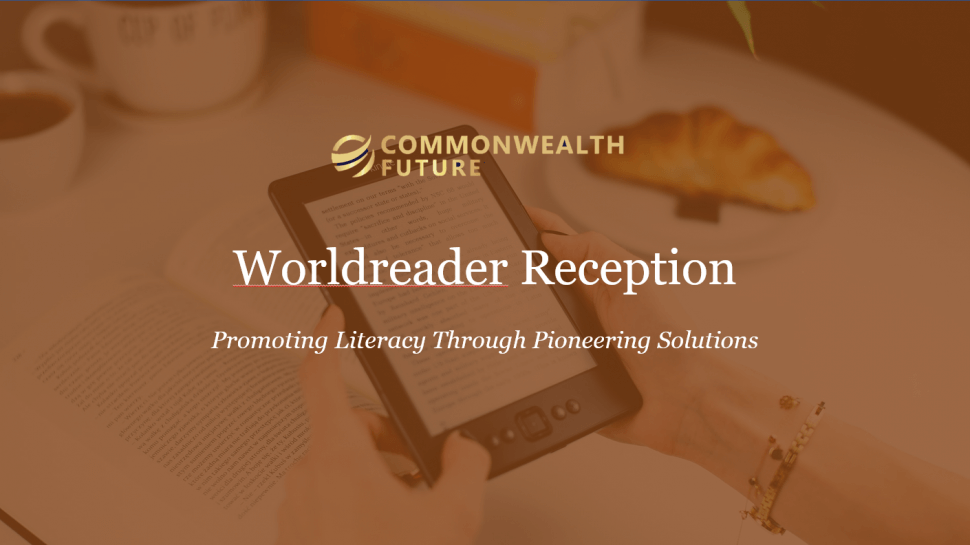 In December, Commonwealth Future joined a winter reception hosted by Worldreader to promote digital literacy around the world. The event, held in central London, attracted members of the organisation’s worldwide leadership and senior figures of partners including Amazon and Salesforce.

With more than 13 million engaged readers across 47 countries, Worldreader is one of the world’s leading non-profit organisations promoting literacy and free access to reading through digital solutions. The reception saw speeches from Worldreader’s founders on the importance of reading around the world and provided an opportunity for partners including Commonwealth Future to collaborate and innovate on solutions.

The ability to read is a critical activity impacting the prospects of billions of individuals and communities around the world. Commonwealth Future seeks to actively promote opportunities across the Commonwealth by actively working with partners such as Worldreader to create prosperous societies, particularly through promoting eyecare and the avoidance of correctable vision issues.